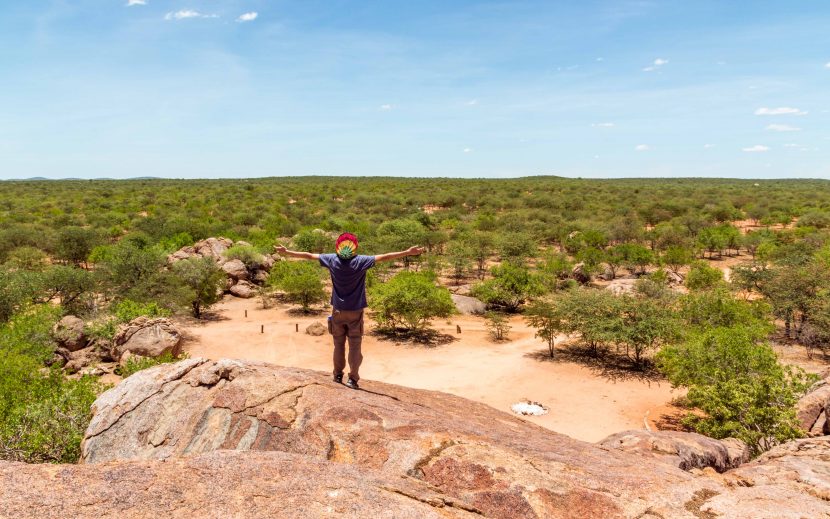 I often get asked where this fascination for Africa comes from and why I am so deeply in love with this place. I find it rather difficult to describe, as it is just something I feel inside of me. Yet still, for the last couple of months I frequently tried to put it on paper. The reason is that I simply want to clean up with the false image of Africa the media portraits. I am slowly tuning 24 years old and I have spent five months of my life on this continent. I visited eight different countries, which are: Kenya, Ghana, South Africa, Namibia, Lesotho, Swaziland, Zambia and Tanzania.

Rather than giving this blog post a structure or planning it out and rewriting it a couple of times, I decided to just write down several memories that make this place so magical to me. Little things that gave me the feel of living. Moments that unfolded life in front of me. Ultimately, this is why it is my home. I am living, in contrast to being alive in other places.

Most of all I remember the small things. The heat of the sun, the soft and harsh winds, the smell of the air, the soil on which I gently walked on barefoot, the last sunrays when the red African sun was setting and the power and beauty of the ocean. I remember going for a stroll in Kenya, even though all of my colleagues told me not to go out alone with a camera & valuables and how, moments later, random citizens helped me over the street with a warm smile. I look back on the hectic and chaotic traffic, not only in Nairobi, but also in Accra and Johannesburg. How I landed in Accra and the humidity and heat almost battered me to death. I remember so vividly how I was assigned to my guest family in Ghana and ended up living in a slum for two weeks. And how I never have been so happy in my life. And also the harshest sadness when I visited the Cape Coast Castle. I look back on building an orphanage when it was 35 degrees Celsius with a humidity of 80%. At my host family who was very shy at first, but the most loveable humans once you got to know them. I remember how I returned to Africa in 2016 and the feeling when I realized that I am returning home. How I talked to a Namibian one night and explained to him why I see myself as a black man and why I have an African pride. And him agreeing with me. I recollect going on an overland tour with a couple of strangers and that I made some great friends at the end. Seeing the milky way for the first time in my life in the Namibian desert. And also a giraffe, cheetah and other wildlife. How I was greeted by many Africans as I have dreadlocks which are a sign of respect, understanding and identification. I recall arriving in Cape Town and living in Woodstock for two weeks. How I travelled along the coast until I ended up in the Southern Drakensberg where I met a young woman and how we ended up travelling together for the rest of the trip. How we almost got stuck in Lesotho, because we couldn’t find fuel. How we got a tattoo in Johannesburg. I recall returning to Africa a month later, because she asked me to come down and travel Zambia and Tanzania with her. How we spend more than half a day in an overcrowded bus with just one stop and then taking another vehicle for an hour with a priest on board which yelled at everyone in Swahili. How we both fell in love with Daressalam and saw turtles hatching on a beach nearby. How amazing Zanzibar is and the tranquilly and peace it holds. The beauty of the Cape of Good Hope, the Kruger National Park, the Southern Drakensberg Mountains, the Victoria Falls, the Ngorongoro Conservation Area and the beaches & reefs in Zanzibar, Tanzania.

I have dozens of memories from my time back home. And I remember them so vividly. Like they just passed. I am so grateful that I am able to travel this place. I am looking forward to go back to Africa. And to be totally honest with you, I also had bad days and times were I was unhappy. But all the things I gained from my time there will forever surpass those.

Home is where heart and soul are at ease. For me, this place is Africa. At least this what it is called by most, I simply refer to it as home.